This show is the epitome of cultural and societal integration in 30 minutes; it’s a method for all of us to put our own ideas into a show and give ourselves the chance to shine in the light without tons of money put in.

So basically this is how the show works. A few weeks before, Gordon-Levitt will put up a topic on his website, HitRecord on TV, and ask people to post comments and videos. Sometimes, he’ll ask them to make a song or to just contribute their thoughts. Then, once they’re posted, he’ll look through them and then he chooses the best ones (not biased, because there’s a lot of different varieties of opinion). Then, he gets all these celebrities, who are easy for him to access since he is a famous actor himself, to help contribute to making a short film about these people’s stories and sometimes he’ll get animation or music experts to contribute for free.

It’s a variety show – I’m not a huge fan of these because I find them to be pretty tacky. But, Gordon-Levitt has turned this into a pretty well-crafted piece of art.

He picks one topic and then explores and plays around with the concept, like money or trash or space. For example, he uses “Fantasy” and when we first think about fantasy, we say, “Oh it’s just our imagination”. But, when you get inputs from a community, it forces people to think a little bit more about it because they want their opinions to stand on television. So, you get really interesting inputs on this concept, like “Fantasy is when I think about my day and I fantasize about what I could have done differently or what I should have done to make it better.”

I truly believe this show makes the best short films I have ever seen because they’re based off true stories. And, when I say true stories, I don’t mean that they’ve been published and written. They were told through 30-second low-quality webcam videos posted on the HitRecord.com site where ordinary people tell their stories. Of course, it’s difficult for an audience to understand a story just when it’s told to them through conversation. But, Joseph Gordon-Levitt has turned this into craft where he takes these personal stories, works with the author, and makes very short-films to display to his audience so they can connect as well. A lot of these stories are deep and sad, so he often has professional actors playing them as if they were characters in a movie.

I think that’s the best way to tell a story.

But NOT only that. Assume that you don’t like stories based off true stories. Gordon-Levitt satisfies that, too. He 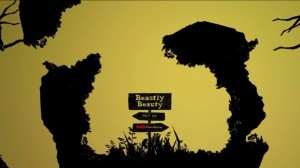 makes short films also based off fairytales and fables by exposing their true meaning behind them and teaching an audience a lesson. Usually these types of films are through animation, where he gathers all these artists to collaborate on this piece of work. It’s interesting because there are different animations involved and different ideas involved that make the piece so unique. Sometimes, he’ll write a song or have the community put songs out and he puts them together, making it a product that is made by all of us.

Which in reality makes us all celebrities.

So check out the show! If you’ve seen it, what do you think about it?