The textbooks never told me that chocolate bread was a chocolate chip cookie. I wanted the chocolate croissant and since languages don’t directly translate to one another, it’s a little confusing for interpretation. On my flight over here, I sat next to this dude in the National Guard who complained about the airplane food (I have to admit, though, that it was pretty awful. Yet, I did not realize that this may have been the last time I would hear English being directly spoken to me without me feeling like an idiot.

I’m not jetlagged, but my back hurts like a mofo. I can’t hold my bladder and sit for nine hours straight while trying to find a way to sleep in cramped spaces. I went up to some customs officers at the airport to speak in English, but they were having problems understanding me. Speaking in French helped a little, but I’m not sure I did a too hot job at it.

It’s weird, really. You spend eight years sitting in a classroom and having a teacher in the front of the room speak slowly to you. Not condescendingly or annoyingly. But excited and motivated to help.

I’m not saying that French people are mean, because they’re not. But when you step out of that classroom, you sort of go, “Crap, this is a real language. People actually speak this.” I’m not an idiot: I know that, obviously. That didn’t stop me from freaking out, though, because I was SO not ready for any of this.

Ugh, just said thank you to the guy who cleaned up my trash. He just gave me a sympathetic look. I need to learn how to say, “Merci,” more often.

THIS IS WHAT I’M TALKING ABOUT!

Not that this is a rant, either. The great thing about coffee shops is that you get to observe other people around you. It makes me feel like a mixture of Nancy Drew and Veronica Mars. Whoo!

A few tables away from me is this group of French college kids, and I think one of them is going backpacking. They’re speaking pretty fast, but it’s interesting to see how these people interact. When one of the people leaves, all the boys stood and she gave each person a kiss on the cheek three times (faire la bise). In America, we pick up our bags, say bye, and leave. It took so much time for her to kiss all of their cheeks because there were five of them. Weird custom, and strange how I didn’t really take note of that until now.

People told me that a lot of French people speak English. But I hear nobody speaking English. Which makes this whole thing a little awkward for me.

I’m one of those people who gets uncomfortable when I’m not good at something. That’s sad to say, because it means that I pressure myself to be good at everything so I can succeed and feel better. Yet, that doesn’t mean I am good at everything. I acknowledge that, but I’m usually in the top.

And right now, it is EXTREMELY obvious that I’m not.

I am way out of my comfort zone. This isn’t easy. I feel bad when I have to ask my host family to repeat everything they say, because I’m lacking in vocab. Not only that, I don’t even think I’m grammatically speaking correct and my words are coming out as just phrases instead of a whole sentence. Today I got lost walking to a bus stop because I didn’t know which bus went in what direction. It also took me an hour to find a bathroom only to find out I have to pay for it and had no cash.

There are perks, though, but those are for another time. It’s beautiful here and I feel like I’m living in a fairy tale. Well, one that makes me feel lost and a little scared. That’s okay though. J’ai besoin de reposer maintenant, alors au revoir! 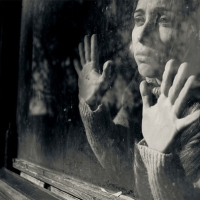 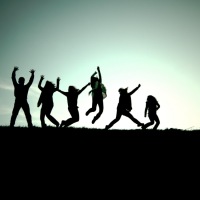 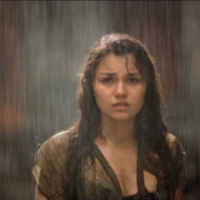