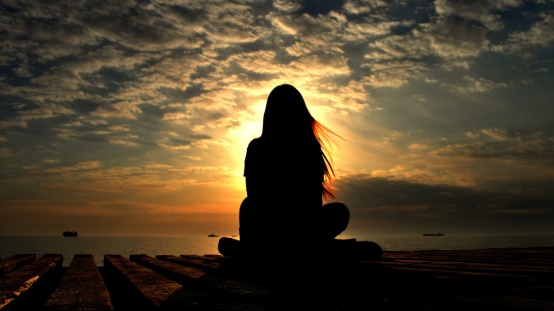 Alright, dudes. Guest post! I know it’s been a while, and I’d thought we could shake things up a little bit. Here’s a first addition to the Coffeehouse page, where a short story is now featured!

Yet when I close my eyes, I can still feel the terror making itself at home in my weak, unpredictable body. I held her in my arms, staring with pity at the young girl I had hated for years. I cringed at the bitter memories between us, allowing myself to momentarily forget the dire situation in front of me for the sake of my thoughts. But it was a matter of seconds before I was back again, as pints of her blood soaked through the towels that I had hastily placed under her head. I remember feeling for her pulse, pathetically searching for the veins on her wrist while grazing over the deep gashes that seemed to have taken her life. Tears were streaming down my face and my mind went completely blank, trying to search its way through one thought. How did we end up here?

The history between us is difficult and it’s been so long that I can’t exactly tell you why I hated her. She was eleven, blond and beautiful- born to be anything she wanted to be. And she was daring. The kind of girl who would set her mind on something and stick to it. And although I will never know for sure, I’m guessing that’s how she ended up where she did- over a neighbor’s fence, surrounded by four hungry, irritated Rottweilers, arguably the most violent dogs in existence. I was inside my house, watching some random PBS show as kids my age did back then. And, out of nowhere, I heard a scream- a high-pitched, terrifying scream.  I ran out of my house to be faced with a scene straight out of a horror movie. She was on the ground, practically unrecognizable and choking on her own blood, as the dogs, circled around her, visibly plotted their next attack.

Then, I saw him. To be honest, I don’t remember what he looked like or how he got there. I just know that as I watched in sheer shock, he jumped over the fence, pulled her out, and ran back to wherever he came from, leaving only a trail of his own blood behind. At this point, I was visibly falling apart, trying pathetically to talk myself into thinking straight. I was drenched in her blood and my tears, confused by the situation that faced me and by the man who seemed to have vanished right in front of my eyes. Minutes later, paramedics shipped her off and a group of policemen tried to get answers out of the delusional mess their only witness become. I had no way of describing how she had survived the encounter, no way of recounting the man’s superhuman rescue, no way of understanding, let alone retelling, what had happened.

We have yet to learn the identity of the man who saved Katie’s life.

And I still twitch at the thought of feeling her sticky blood between my fingers.

I remember everything. Yet in a way, I remember nothing at all. Because the night I knelt in bloodstained grass was the very night death came knocking next door. What if my door is next?

And thus, my life was forever changed. I am carefree, yet careful. I am naïve, but insightful. I look before I leap. I take chances, but never fail to calculate the risks involved.

It is my fatal flaw. I relentlessly worry that I may never have a chance to fix my mistakes. I paste rejection letters on the walls that surround my room to remind me of the distance I still have to travel. I’m afraid, terrified of the consequences of not trying my hardest, of not pushing myself, of turning back and regretting my efforts in the future.

I corner myself with my own fear of being cut short by a knock on the door.

Still, it makes me who I am. It pushes me to do what I do.

It is what one near-fatal encounter taught a nonchalant preteen about the transience of life.

I was born with traits that will never leave me entirely, but the shortest of moments have changed me into the woman I have become. 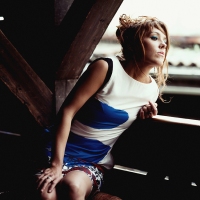